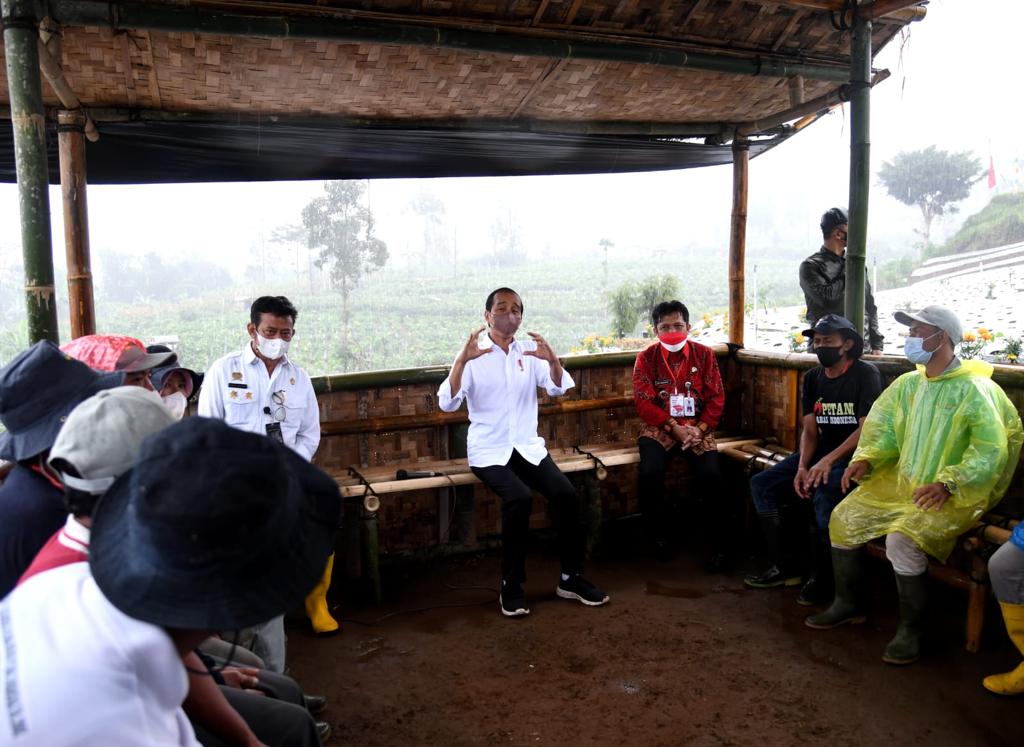 After inspecting the food estate in Lamuk village of Wonosobo regency, Central Java province, President Joko “Jokowi” Widodo Tuesday (12/14) took the time to have a dialogue with local farmers.

During the dialogue, the farmers expressed gratitude for the establishment of food estate in the region which creates cooperation between farmers and offtakers, and provides benefits for farmers, including the certainty of chili prices.

“We are hesitated to set the price after harvest. Thanks to the food estate, our chili was bought at the current price of Rp15,000/kg,” the farmer told the President.

The farmers further said that the food estate increased the yield of chili harvest and made the government purchasing price (HPP) and the chili selling price more balanced.

“Previously, we only had 6 to 7 tons per hectare, now with the support of food estate program we can reach 8 tons per hectare” the farmers said, adding that the increased yield of chili harvest is also supported by lower production costs due to reduced chemical use.

The farmers also expressed gratitude to all parties who were involved in the establishment of food estate. “With the establishment of the food estate, we can continue to farm so that chilies—especially in Lamuk village, Wonosobo regency—are always made available,” the farmer remarked. (BPMI Presidential Secretariat/AIT) (GWH/MUR)