World Bank: Rupiah Depreciation Not Due to Erroneous in Economic Management 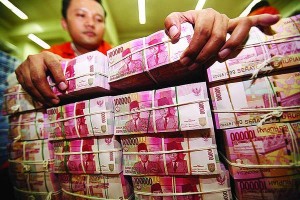 World Bank: Rupiah Depreciation Not Due to Erroneous in Economic Management

Diop reminded, that the US dollar until now has not returned to the first position, so there is still potential to continue to strengthen.

Related with the weakening of the rupiah, Chief Economist of the World Bank in Indonesia, Ndiame Diop appreciates to Indonesian government steps, which has revised the State Budget (Budget), in which the removal of subsidies the price of fuel oil (BBM).

According to Diop, with steps (revised state budget) that the current capital expenditure in excess of the budget allocated for energy subsidies. However, he cautioned that the space available to spending is limited.

“It would be difficult to achieve as much as 2 times of the capital expenditure from 2014, due to the disbursement barriers and limited fiscal space,” Diop said.

“For the short term, the Indonesian economy grew 5.5 percent or higher, it will be hard for the current conditions,” Diop said.  (ES)