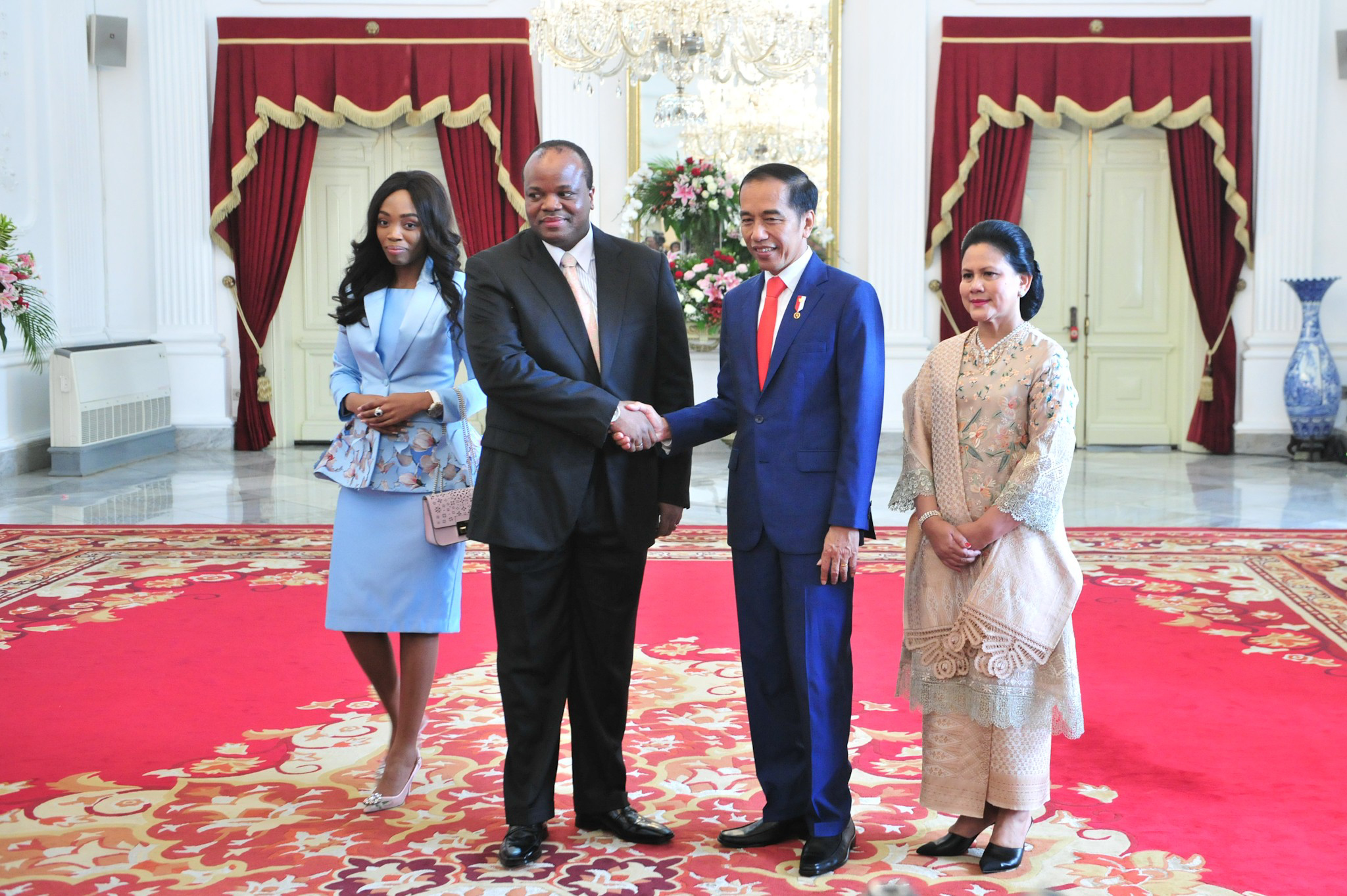 President Jokowi and First Lady Iriana on Sunday (20/10) at the Merdeka Palace, Jakarta, received an honorary visit from King of Eswatini Mswati III from Papua New Guinea and his spouse Siphelele Mashwama,. (Photo by: Jay/PR)

President Joko “Jokowi” Widodo on Sunday (20/10) at the Merdeka Palace, Jakarta, received honorary visits from several world leaders ahead of his inauguration as President of the Republic of Indonesia for the 2019-2024 term.

“They also expressed their commitments to continue strengthening bilateral cooperation with Indonesia,” the Minister added.

President Jokowi, Retno said, also thanked the world leaders for attending the inauguration, adding that the President also conveyed the same commitment that Indonesia will continue to strengthen bilateral relations with those countries.

Sultan of Brunei Hassanal Bolkiah, Retno added, stated that he wanted to enhance the bilateral cooperation with Indonesia.

“The Sultan extended his gratitude for the contribution of the big number of Indonesian citizens in Brunei in supporting economic development in Brunei Darussalam,” Retno said.

The Foreign Minister added that President Jokowi and Prime Minister Scott Morrison in a tête-à-têtes meeting before the inauguration ceremony also had a light talk.

In the meantime, the meeting with Prime Minister Lee Hsien Loong, according to Retno, discussed a number of follow-up actions including those related to digital economy.

“It seems that the PM also held several meetings with Indonesian companies engaged in the digital economy,” Retno stated.

“The President stated that Indonesia wanted to strengthen economic relations. Several Indonesian pharmaceutical companies have expanded their markets in Cambodia and we are now offering several strategic Indonesian industrial products, including those from state-owned train manufacturer PT. INKA,” she said.

On that occasion, according to Retno, King of Eswatini Mswati III stated that he wanted to strengthen bilateral relations between Indonesia and Eswatini. The President, Retno added, also said that the Government is interested in participating in Eswatini’s infrastructure development.