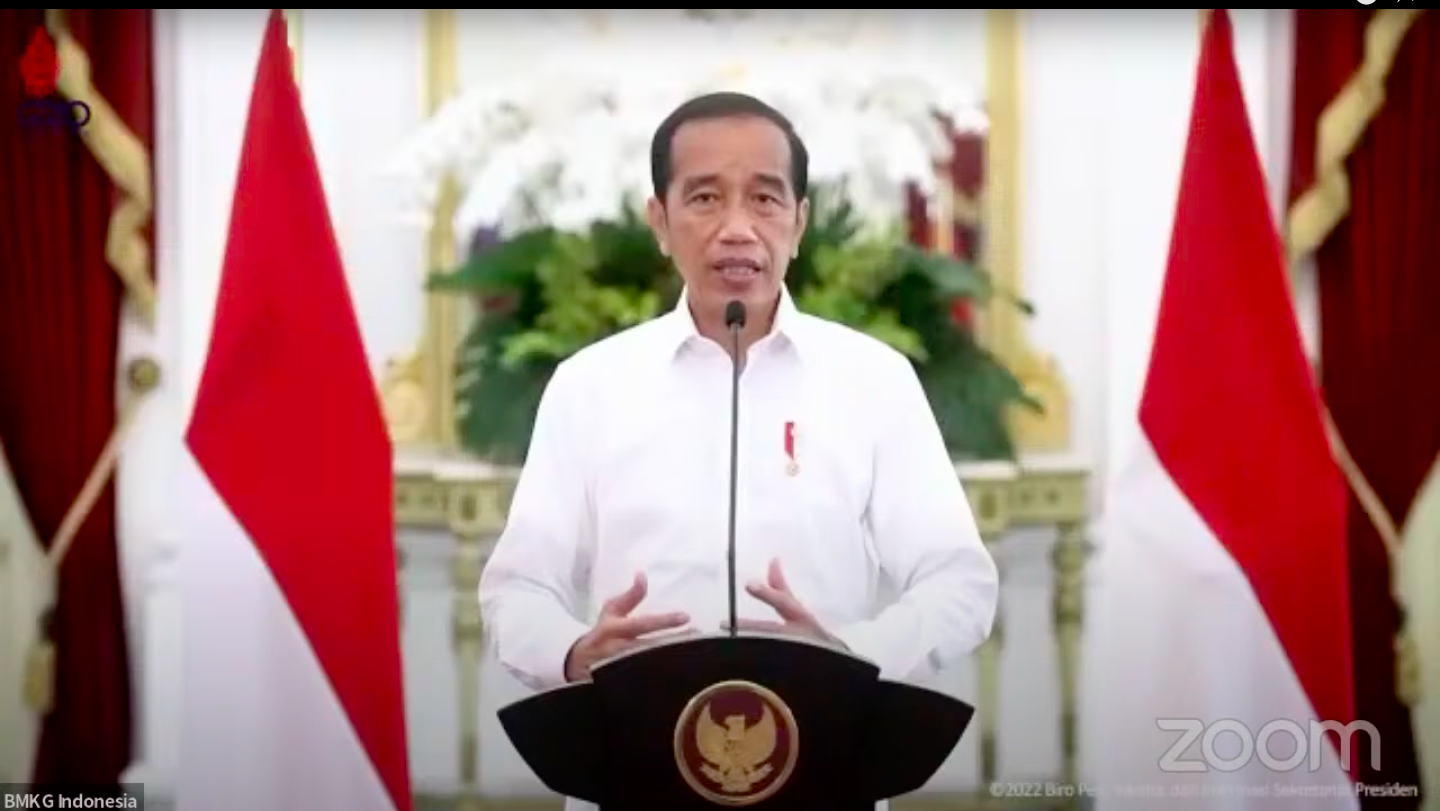 Increasingly frequent and daunting climate change events such as rising temperature and sea levels, as well as extreme weathers, are unfavorable for Indonesia as an archipelagic and agricultural country, according to President Joko “Jokowi” Widodo.

“Frequency, intensity, and duration of geo and hydrometeorology disasters are increasing. Adaptability skill of crops and its productivity have also declined. It will pose as a threat to our food resilience,” President Joko “Jokowi” Widodo said in his remarks at the 72nd World Meteorological Day livestreamed through video conference, Wednesday (03/30).

Therefore, during this year’s commemoration adopting the theme of “Expose National Monitoring and Adaptation to Climate Change 2022”, the President delivered several points of note to address climate change.

“First, pay close attention to information on weather and climate change provided by the Meteorology, Climatology, and Geophysics Agency (BMKG) and other related agencies. Speed up formulation of policies on mitigation and adaptation of climate change and provide efforts to improve the handling to minimize impact of climate change,” he said.

Second, all related agencies must develop effective early warning systems in all regions. They also must provide accurate information and data on meteorology, climatology, and geophysics to develop reliable and measurable mitigation.

Third, it is necessary to promote sustainable education systems on disasters through dissemination, education, and advocacy. The President added that capacity and resilience of climate change adaptation and mitigation must be improved to get people in responding to disaster potentials swiftly.

“We must give farmers and fishermen, who are vulnerable to the impact of climate change, thorough understanding and education so they can adapt to the climate change, maintain their productivity to sustain our food resilience,” he said.

On that occasion, the Head of State also ordered the BMKG to strengthen collaboration with related parties, including ministries / agencies, private sectors, social organizations, and other national elements to improve adaptation and mitigation to climate change.

For the record, Indonesia will host the 7th Global Platform for Disaster Risk Reduction in May.

President Jokowi expressed hope that the upcoming event will demonstrate the world that Indonesia is one of the best centers of knowledge for disaster risk reduction, including mitigation of geo and hydrometeorology disasters. (TGH/UN) (RAS/HD/EP)