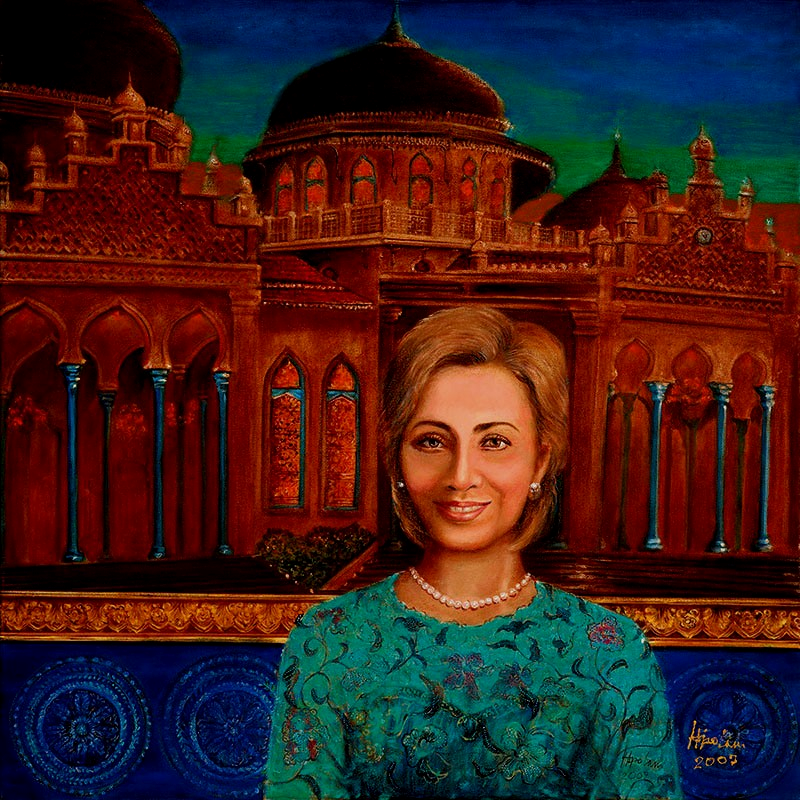 Dipo Alam states the importance of paintings and historical fiction novels for promoting co-existence of different cultures. Therefore, he proposes the establishment of UNAOC Painters and Historical Fiction Novelists Club. It is intended as a collaborative endeavor which at its formative stage could involve the UNAOC, OIC  IRCICA, Indonesia  Turkey Foreign Ministries Programs of Public Diplomacy, and related parties which share common interest. This proposal is underlined in his paper which is presented by the Vice Ministry of Education and Cultures, Prof Dr. Wiendu Nuryanti, in the side events of the 6thGlobal Forum of the UN Alliance of Civilization (UNAOC), entitled Coexistence of Different Cultures: Examples from history as lessons for the future.

Based on his personal experience capturing conflict and natural disasters which then lead to peace in Aceh, Dipo Alam believes that painting is not only as a piece of arts, but it can play as a medium to build constructive dialogues, mutual understanding and affinities, which should lead to peaceful co-existence between peoples of different faiths and cultures.

First, for every conflict, there is always a solution.  No matter how difficult a conflict is, if conflicting parties strive for a conclusion, there will always be a path to that end.

Second, every conflict has its own characteristics and its own behavior.  There are no two conflicts that are identical.

Fifth, careful management of the situation is crucial when a conflict is still unresolved.

Sixth, every conflict will always have a sudden window of opportunity for peacean opportunity to end it.

Eighth, trust building is very critical to reach a peace agreement. Ninth, keeping peace is as important as peace making. And tenth, repeating the past mistakes which lead to failure must be avoided.

Through this painting, Dipo Alam sends message and hope that two or more civilizations are always able to prevent themeselves from being mutually destructive, but rather to embrace each other to build a larger civilization under the banner of one HUMANITY. This is our CHOICE, and the ONLY CHOICE that can help humanity move towards lasting peace and sustained prosperity; that can save them from calamity.

Novel is another form of arts which could serves as a medium to build understanding between different cultures and faith, and promoting pluralism values within multi cultures society. Unlike a scholarly work which is often loaded with theoretical concepts, technical jargons, and a huge amount of statistical data, a novel is a reading for everyone. It could be less methodical and substantive than a scholarly work. However, one cannot underestimate its power in not only entertaining and giving solace but also educating and influencing people.

Dipo Alam says that through historical fiction novel, authors reconstruct history by reliving its characters and their webs of interaction and mutual influence through time and space. Such a novel also presents details of the manners and political as well as socio-economic conditions faced by the protagonists. Therefore, he believes that such kind of literary work would give a deep understanding of its subject matter but also provide lessons learned for collective efforts to achieve durable peace and sustained prosperity.

This is the reason why Dipo Alam has transformed a number of his paintings into historical fiction novels. Until now, he has outlined a plan to develop ten manuscripts of such kind of novel, namelyFrom Tsunami with Love, Madam Tatar at the Silk Road, That Sweet Kinnow Is Not a Terrorist,  The Rumi Reader in Büyükada, The Srimpi Dancer at Dolmabahce, The Flowers Seller at Üsküdar Camii, Nur-i Adin at Emirgan Park, Dreams on Baiturrahman, and My Little Sultan.

Through these novels Dipo Alam wants to emphasize that there are many lessons which are useful in promoting harmony among faiths and cultures. Through these novels, he wishes to tacitly suggest that effective inter-cultural and inter-faith dialogues would need:

First, the strengthening of the foundations and basic rules or common ethics for intra and inter-religious harmony;

Second, the building of a framework for cultural and theological harmony with a view to creating ideal attitude of tolerance and togetherness.

Third, the creation of social, economic and political which is conducive for understanding and harmony among and within cultures and religions.

And fourth, the development of multicultural perspectives, constructive pluralism and culture of diversity within all segments of society. (TJI, ES).