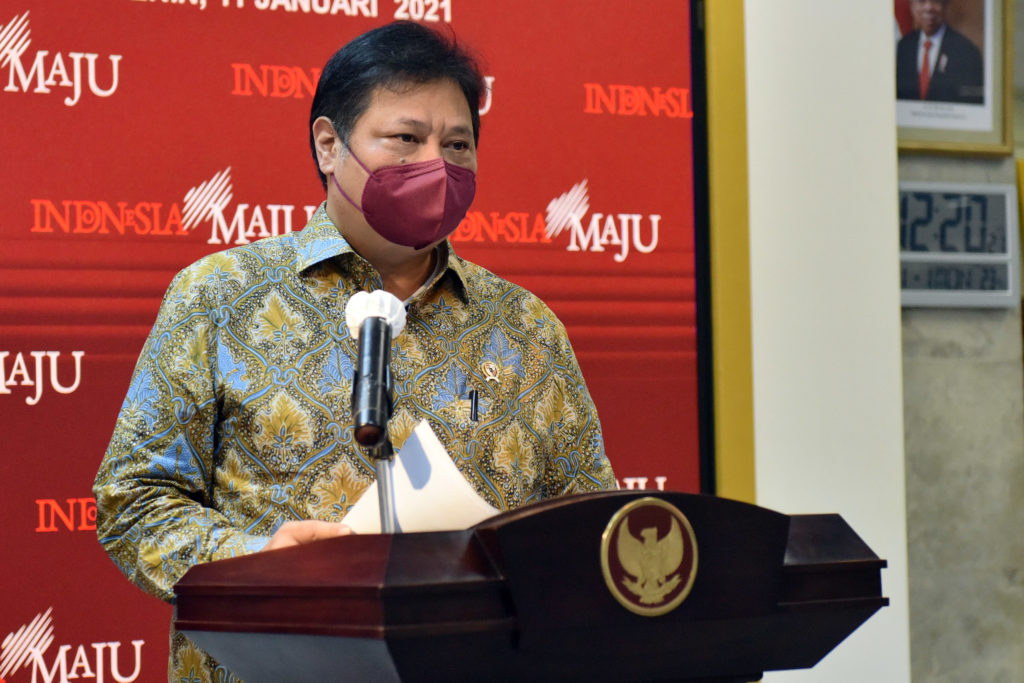 Indonesia fares relatively better in development of COVID-19 cases compared to other countries, according to Coordinating Minister for Economic Affairs Airlangga Hartarto.

According to the Minister, one of the factors that contribute to the improved situation is the implementation of micro-scale public activity restrictions (PPKM) policy.

“The policy is proven effective as there has been a downward trend in the number of confirmed COVID-19 cases in almost every province,” said Airlangga, who also helms the COVID-19 Handling and National Economic Recovery Committee, as quoted from the website of Coordinating Ministry for Economic Affairs, Wednesday (14/04).

Airlangga also pointed out that Indonesia is among top nine countries in the world in terms of vaccine administration and top four globally in terms of vaccination done by non-vaccine-manufacturing countries, adding that as of 13 April 2021, 15.6 million doses have been injected in the country.

Meanwhile, Airlangga remarked that national economic condition has begun to improve, adding that sectors with a major contribution to the Gross Domestic Product include processing industry, construction, and trade, whereas other sectors that can continue to survive and grow significantly include information and communication, health, agriculture, and education.

In order to control unemployment in the pandemic, the Minister added, the Government has launched Pre-Employment Card Program, which is now at the 16th batch and has a cumulative total of over 8.2 million people.