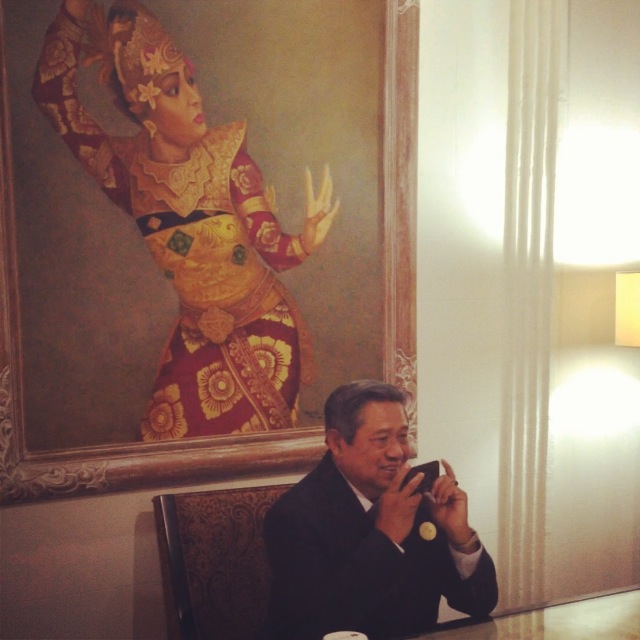 On the afternoon of 6th May at 1400 at the Bali Nusa DuaConference Centre, after hosting the Open Government Partnership, President Susilo Bambang Yudhoyono received the phone call of Australian Prime Minister Tony Abbott.  The Australian PM had requested to call the President after conveying regrets for being unable to attend the OGP Asia Pacific Conference.

For this conference, President Yudhoyono had sent invitations to several leaders in the Asia Pacific, including Australia.

According to the press statement by the Special Staff of the President for International Relations, Dr TeukuFaizasyah, the following points were agreed.

1. PM Abbott expressed regret for being unable to meet the President at the Open Government Partnership Asia-Pacific Regional Conference. The President could understand PM Abbotts absence, particularly if it were related to the budget discussion in parliament.

2. Both Leaders welcomed the progress in the discussion on the Code of Conduct between the two Foreign Ministers. The two Heads of government expect the agreement to be completed so that the bilateral relations between the two countries may soon be restored and enter a new phase of cooperation. The President reiterated his hope that the Code of Conduct can be agreed at the latest by August 2014.

3. PM Abbott said that he hopes to visit Indonesia and meet the President, as he conducts a series of overseas, in June 2014. In this regard, President Yudhoyono welcomed such an interest. Both Foreign Minister and Ambassador of each country were thus instructed to make the necessary preparations for the visit of Prime Minister Abbott to Indonesia.

4. PM Abbott also described his governments plans to set up an Indonesian-Australian Study Centre in Melbourne, and hoped that the President could “do the honors” for the establishment of such a centre, by visiting the centre either before or after his term of office as President concludes. The establishment of this centre, PM Abbott described, was a form of deep appreciation by Australia over the strong sense of friendship demonstrated  by President Yudhoyono in enhancing the bilateral relationship between Indonesia and Australia.