Transportation Minister: Patimban to be the Biggest Port 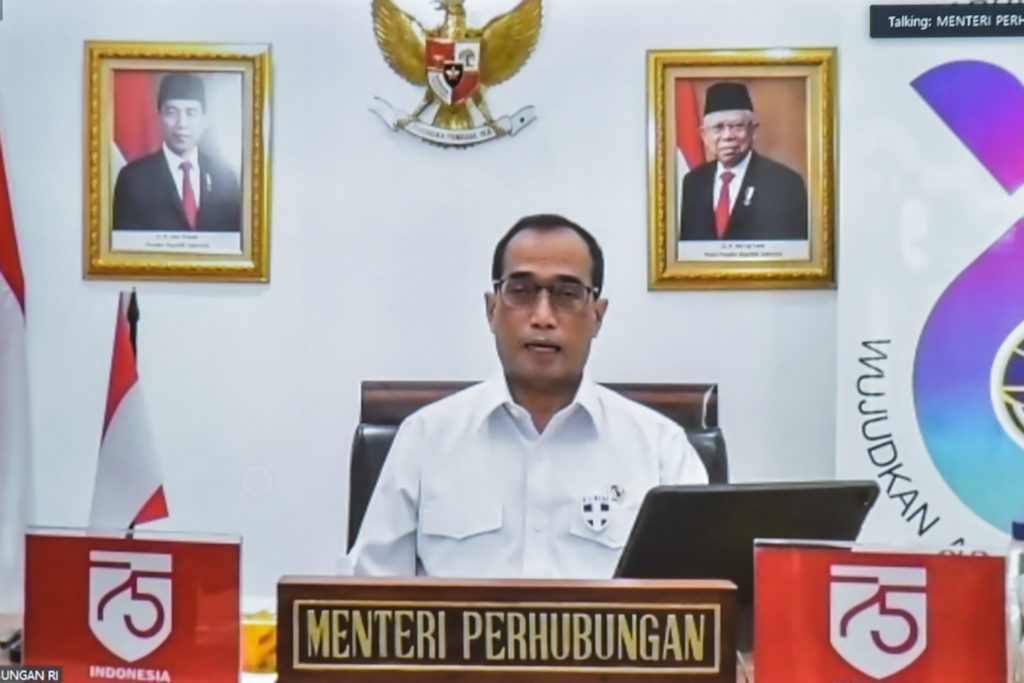 Minister of Transportation Budi Karya Sumadi has said that the Patimban Port is going to be the largest port with a capacity of 7 million TEUs and can be upgraded up to 14 million TEUs.

“Jakarta’s Tanjung Priok Port is currently not optimal to accommodate goods movement from industrial centers such as Bekasi, Karawang and Subang,” said the Minister when delivering a press statement after attending a Limited Meeting on Acceleration of the Patimban National Project, Tuesday (22/9).

“The Government will appoint an operator to handle domestic and overseas shipping. It is expected that the Patimban Port can become a hub,” Budi said.

The Minister went on to say that the Government is currently working on several ports in eastern Patimban. For this reason, Budi expressed hope that those ports can support Patimban to make direct shipping to Europe, America, and China, and not only for Java areas but also for Sumatra regions.

On that occasion, Budi explained that the total investment for Patimban Port was Rp43 trillion and phase 1 of the construction has spent as many as Rp14 trillion which derived from the State Budget (APBN) and loan from a Japanese agency JICA. The phase I is expected to be completed in 2021, followed by next phases in 2021-2023 with a budget of Rp9.5 trillion.

Phase 3 and 4 are planned to be executed under the Government-to-Business Cooperation (KPBU) scheme. It means, areas developed under this scheme will be auctioned and the private sector will be given an opportunity to take part. In addition, the State Budget will not be used in these phases.

In accordance with the President’s directives, Budi explained that the new Patimban Port will be operated in the fourth quarter or November-December.

“We hope that we will start the operation in December to export automobiles. We are aware that there are a lot of automotive industries in Bekasi and Karawang areas,” he said.

Regarding the accessibility, Budi said that in the first phase it will be connected with the national road and later the Government will build a toll road with a length of approximately 30 kilometers to connect Patimban Port with Cipali toll road,” Budi explained. (FID / EN)