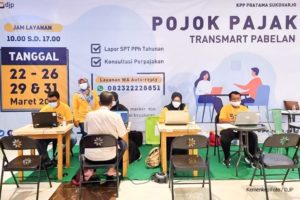 The House of Representatives passed the harmonized taxation bill (RUU HPP) in a plenary meeting on Thursday (7/10).

The House of Representatives passed the harmonized taxation bill (RUU HPP) in a plenary meeting on Thursday (7/10).

The bill includes changes to several provisions on income tax and value-added tax (VAT). Tax bracket for individual income tax of 5 percent will apply to individual tax residents who earned Rp60 million per year, or increased by Rp10 million compared to that of previous provisions. Meanwhile, the rate of non-taxable income remained the same.

In addition, the Government also made a new category of tax rates in which individual who earned more than Rp5 billion per year will be subject to income tax of 35 percent.

The changes aim at manifesting a fairer condition to all sides; low- and middle-income people including the Micro, Small, and Medium-sized Enterprises (MSMEs) can pay lower tax rates whereas those who earned more will pay higher tax rates.

In addition, provisions on limiting exemptions of VAT as a measure to expand tax bases for VAT also included in the bill. Nevertheless, basic necessity needs, healthcare services, education, social services, and the like will be exempted from VAT.

The Government has also set a single rate for VAT. The rate will be increased gradually to 11 percent on 1 April 2022 and 12 percent by 1 January 2025. This policy is made by considering the people and business sector which still have not fully recovered from impacts of COVID-19 pandemic. Compared to rates applied in other countries, Indonesia’s VAT rate is lower than the global average rate of 15.4 percent, rate in the Philippines (12 percent), China (13 percent), Saudi Arabia (15 percent), Pakistan (17 percent), and India (18 percent).

The bill also includes a breakthrough in integrating civil registry database with taxation administration system. People will use citizenship identification numbers (NIK) to replace taxpayer identification numbers (NPWP) to make paying taxes easier. However, it doesn’t mean all citizens who owned NIK are subject to income tax, but only those who have annual income higher than the non-taxable income or individual entrepreneurs with gross income of more than Rp500 million per year.

Voluntary disclosure program (PPS) is also stipulated in the bill. The program aims at enhancing tax payers’ obedience to voluntarily disclose their wealth conducted based on the principles of simplicity, legal certainty, and benefit. The program will take place from 1 January to 30 June 2022.

The harmonized taxation bill is an integral part of taxation reforms both in terms of administration and policies implemented by the Government. The bill is expected to serve as a milestone for the upcoming reforms, to support speeding up national economic recovery, and realize sustainable economic growth. (MINISTRY OF FINANCE PR/UN) (RAS/MUR)