Gov’t to Prepare Comprehensive Scenario for This Year’s Mudik 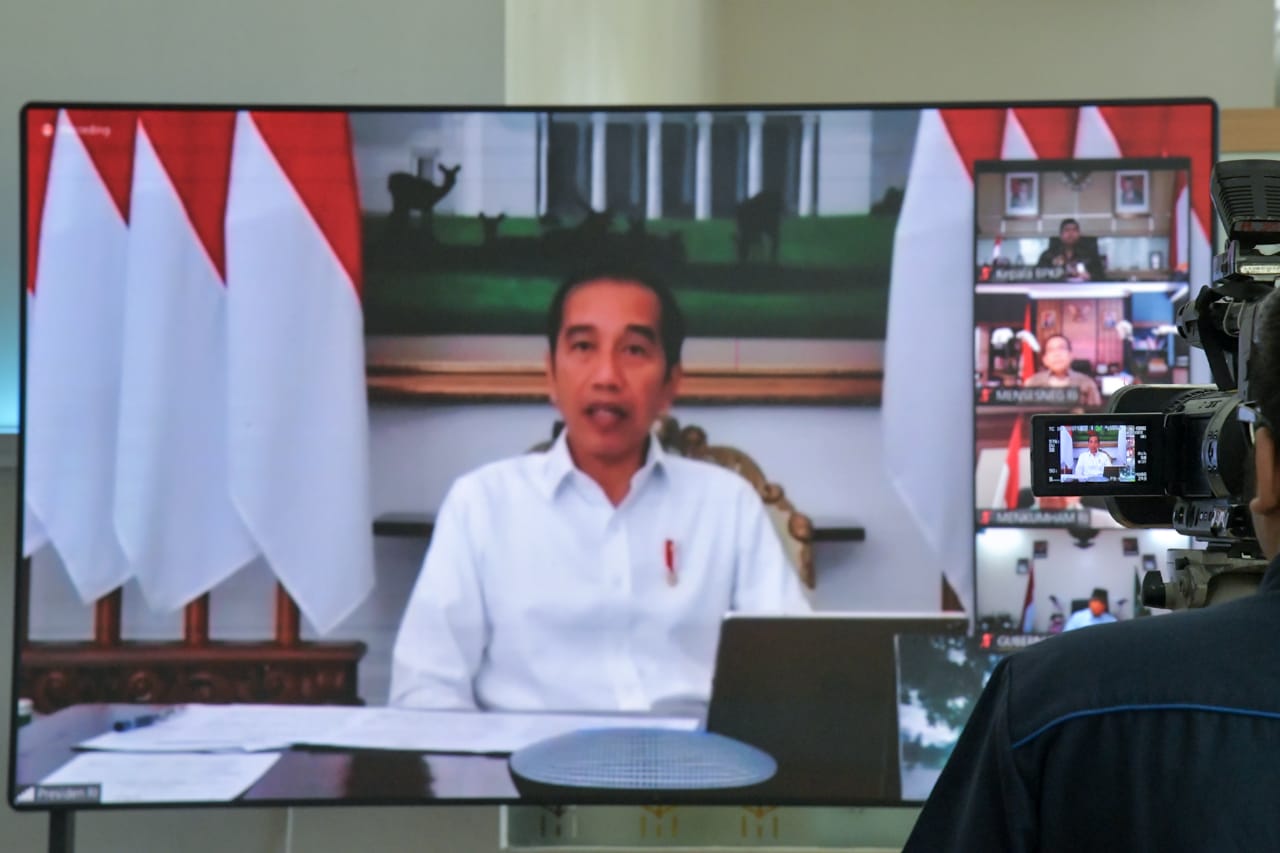 President Jokowi delivers remarks during a limited meeting on Anticipation of Mudik at the Bogor Palace, West Java (Photo: Ibrahim/PR)

Ahead of this year’s mudik (annual exodus ahead of the Eid-al-Fitr) this year which coincides with the COVID-19 outbreak, President Joko “Jokowi” ordered his Cabinet to prepare the best scenario to anticipate the annual tradition.

“Do look into all aspects which may be affected by mudik,” President Jokowi said during a Limited Meeting on Mudik Anticipation via video conference at the Bogor Palace, West Java province, Thursday (2/4).

The President also reminded his Cabinet that the Central Government has determined the status of public health emergency and large-scale social restrictions.

“Once again I emphasize that all elements of government, starting from President, Vice President, Ministers, Governors, Regents, Mayors, until Village Heads, must have only one vision and one strategy to handle the outbreak,” the President said.

The Head of State went on to say that the reference of and procedure for running the social restrictions are already clear enough, adding that Minister of Health later will issue a Ministerial Regulation to elaborate in more details on criteria and measures for the restrictions.

“The Ministerial Regulation will be completed within a maximum of 2 days,” he said.

President Jokowi also raised a possibility to move this year’s Eid Holidays to other days to calm the public anxiety.

“The Government may provide facilities for people returning to their hometowns on other days,” he said, while giving an example of free-entry facilities to several tourist destinations.

“I think if those measures can be carried out, the Government could appease public anxiety,” he added. (TGH/EN)