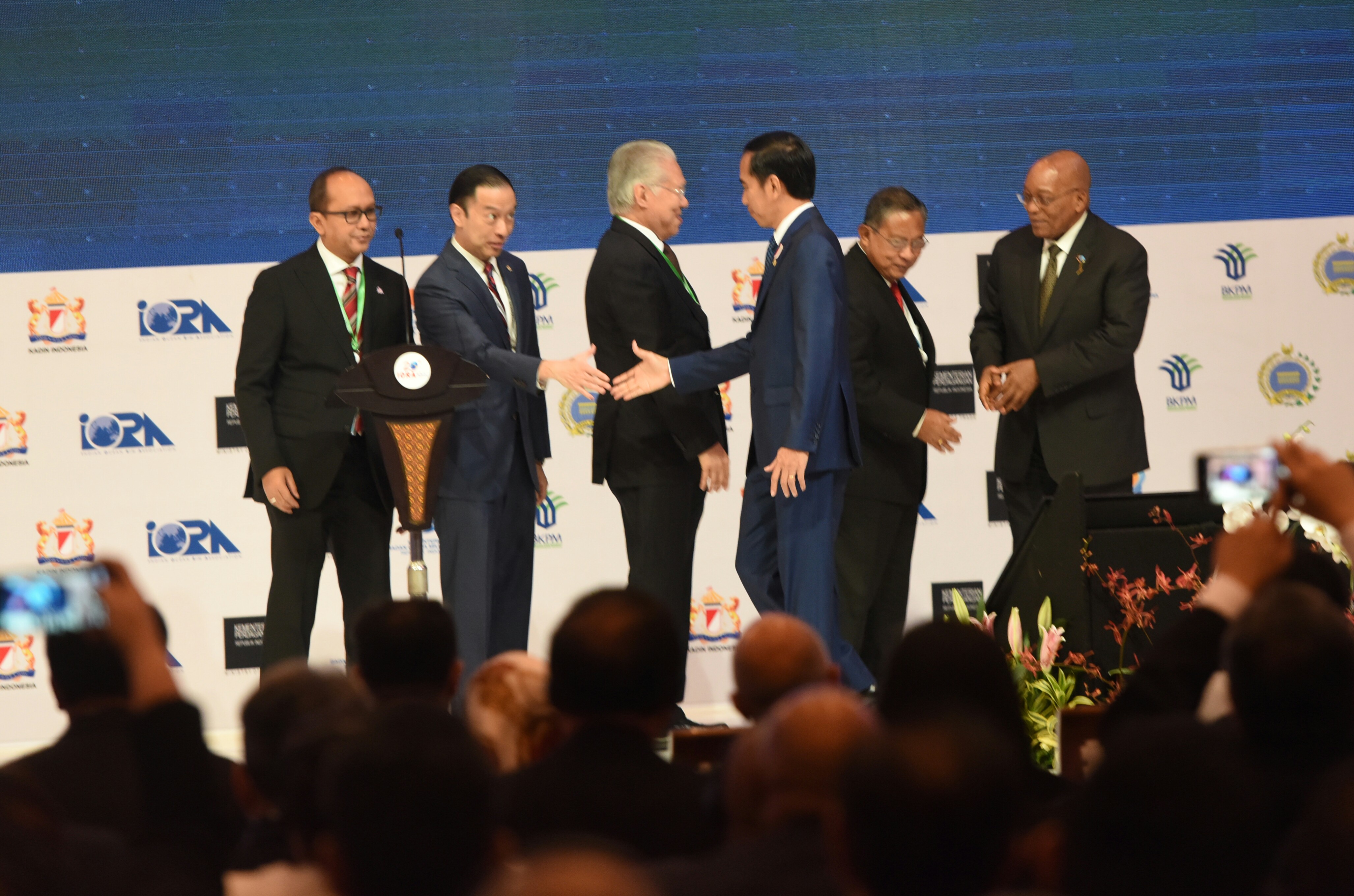 President Jokowi shakes hands with a number of guests after delivering his remarks at the IORA Business Summit held at JCC Jakarta, Monday (6/3) (Photo by: Rahmat/Public Relations Division)

President Joko Jokowi Widodo said the Indian Ocean is a vast region that poses many challenges for countries situated in the region.

However, the President, who was once a  businessman, said those challenges would in fact provide opportunities for businessmen,Herein lies business opportunities, the President said in his introductory remarks at the opening of the Business Summit, which is one of the programs of the Indian Ocean Rim Association (IORA) Summit held at Jakarta Convention Center (JCC), Jakarta, Monday (6/3).

Therefore, President Jokowi added, the Indian Ocean is the  ocean of the future and the future of global economy is in this region.

Therefore, Indonesia is strengthening maritime fulcrum to join with other IORA countries, the President said.

President Jokowi noted that it has become the Governments task to make sure that telecommunication infrastructure are well built, be it through 3G network, 4G network, and 5G network in the near future, as well as optic fibers networks to distribute data in a big amount at efficient price.

Also attending the opening ceremony were Coordinating Minister for the Economy Darmin Nasution, Minister of Trade Enggartiasto Lukita, Head of the Investment Coordinating Board (BKPM) Thomas Lembong, and Chairman of the Indonesian Chamber of Commerce (Kadin) Perkasa Roeslain. (FID/RAH/ES)(EP/YM/Naster)