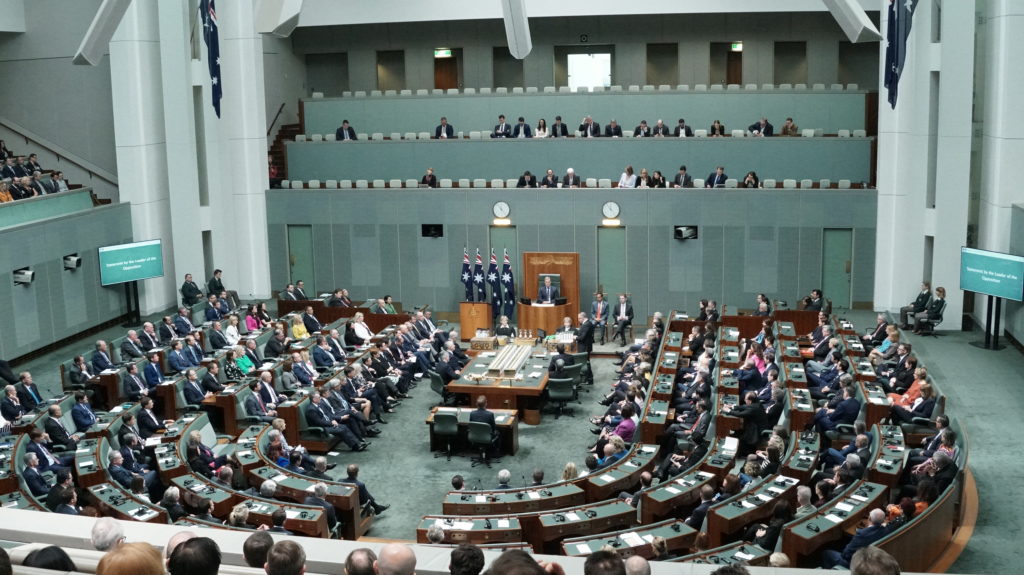 In a bid to strengthen bilateral relations with the Australian Government in the of global challenges, the Indonesian Government has proposed a notion of an Ausindo Wave (Australia-Indonesia) for the youth of the two countries and four priority agendas.

“First, we should continue to advocate the values of democracy, human rights, tolerance and diversity, as well as to stop intolerance, xenophobia, radicalism, and terrorism. Identity politics should also be discouraged in our countries and globally, regardless of its religion, ethnicity or other identity bases,” President Jokowi said in his remarks at the Parliament House the Australian capital of Canberra, Monday (10/2).

According to the President, identity politics is a threat to democracy, diversity, and tolerance, adding that the threats will become more actual once exploited for short-term political interests, resulting in hatred, fear, and social conflict.

“As democratic and diverse countries, we should work hard side by side, standing together to defend the values of democracy, tolerance, and diversity, as well as to prevent the world from having a clash of civilizations,” the President said.

Second, Indonesia and Australia should reinforce open, free, and fair economic principles. According to the President, the two governments should continue to advocate economic openness and fairness in the midst of rising protectionism.

“Amidst the growing popularity of the zero-sum-game approach, we need to bolster a win-win paradigm. I believe that an open and fair economic system will be beneficial for all parties,” the President said, adding that it is the reason he welcomes the Indonesia-Australia Comprehensive Economic Partnership Agreement (IA-CEPA).

Collaboration, the President continued, is the keyword because it will create opportunities to develop new centers of economic growth and to find a solution for the global economic challenges.

“In addition, Indonesia and ASEAN are projecting the ASEAN outlook on the Indo-Pacific, which will turn rivalries into cooperation. Thus, the outlook will transform trust deficit into a strategic trust,” President Jokowi said.

According to the President, climate change and natural disasters, social inequality, education, health, and human capital development, are the real challenges facing countries in the Pacific region.

The President also pointed out that climate change and natural disasters, as well as social equity, education, health, and human resource development are real challenges facing countries in the Pacific region.

“Fourth, the two countries should work together to protect the environment, to achieve sustainable development and reforestation in forests and river upstream areas, to prevent forest and land fires, to be committed to lowering carbon emissions, as well as to develop renewable energy and other green technologies,” President Jokowi said.

President Jokowi further said that Indonesia’s plan to relocated its capital city is part of partnership commitment because the new capital will be a smart city, a smart metropolis with green technology that environmentally friendly, adding that this is also the Government’s efforts to transform the economy which is based on innovation, science, and technology.

“Bilateral collaboration in the midst of rising global uncertainties can be illustrated by the movie Avengers: Endgame, which shows us that once good forces the Avengers unite and assemble, then the enemy can be defeated together,” President Jokowi stated.

According to President Jokowi, if Indonesia and Australia continue to collaborate and come together against intolerance and protectionism, the fear of poverty and the threat of climate change can be overcome.

Beside those four focuses, the President continued, the anchor for Indonesia-Australia cooperation will be in the youth in 2050, which is three decades from now.

According to the President, the two countries should promote the trend of close ties between Indonesia and Australia to the youth and both countries are expected to be able to encourage love, be it for Australian amongst Indonesian youth and vice versa.

“Our youths today are the leaders of tomorrow. Investing in the young generation will further strengthen the Indonesia-Australia partnership. We have great assets,” President Jokowi stated.

On that occasion, the President explained that there are 160,000 Australian students learning Bahasa Indonesia and 21,000 Indonesian youths studying in Australia.

At the end of his address, President Jokowi quoted well-known Aboriginal activist Jimmy Little from Australia, saying that “We’re all gifted with the opportunity to succeed. But you get further if you extend the hand of friendship.”

“Through friendship, Indonesia-Australia relations will not only bring prosperity for two countries but also our region and the world as a whole,” President said. (MAY / EN)