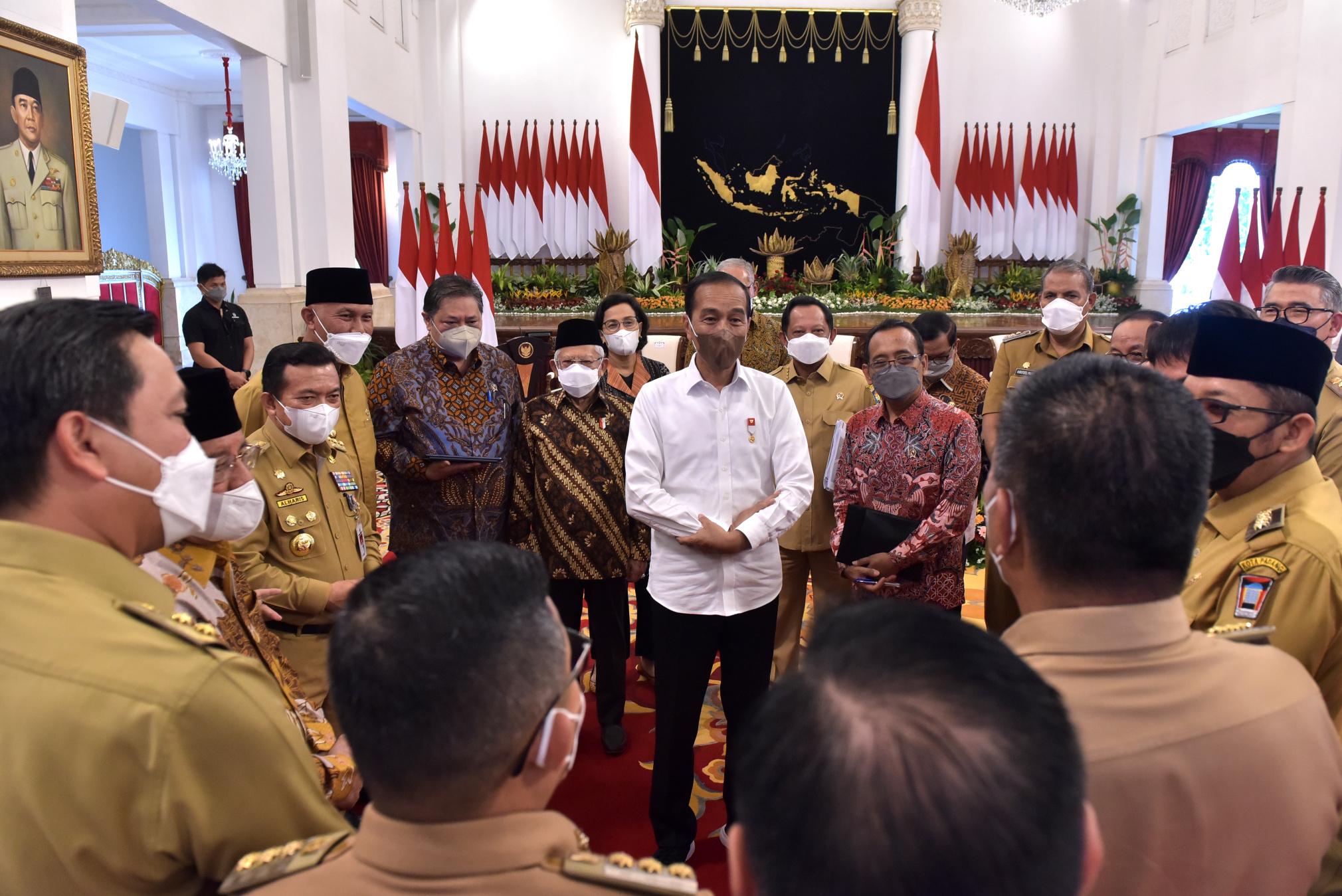 President Jokowi, accompanied by Vice President and Cabinet Ministers, have a dialog with regional leaders at the State Palace, Jakarta, Monday (09/12). (Photo by: PR of Cabinet Secretariat/Agung)

“There is no need to hesitate to use the budget as we have Regulation of Minister of Finance and Circular of Minister of Home Affairs. The legal bases are clear as long as the budget is used to address problems due to fuel price adjustment that we announced last week,” the President told regional leaders, Monday (09/12).

According to the President, disbursement rate of regional budgets is currently still in the range of 47 percent.

He also encouraged regional governments to use two percent of the general transfer funds for subsidies to ease the effects of the fuel price adjustment.

The Head of State added that the two percent of the general transfer fund amounts to around Rp2.17 trillion, adding that there is also emergency expenditure fund of Rp16.4 trillion with only Rp6.5 trillion having been disbursed.

“It means that provinces, regencies and cities have fiscal space to use general allocation funds and the emergency fund,” the President said, while ordering regional governments to use the emergency fund to control inflation in their respective regions.