Opening Statement Joko Widodo, President Of The Republic Of Indonesia At The Asian-African Summit 2015, Jakarta, 22 April 2015 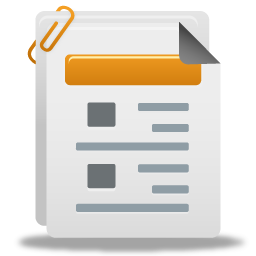 Your Majesties and Excellencies Heads of State and Government,

On behalf of the people and the government of the Republic of Indonesia, I welcome all of you to Indonesia, the initiator and host of the first Asian-African Conference in 1955.

Sixty years ago, our Founding Father, President Soekarno, proposed the initiative to raise a new awareness among Asian and African nations to claim their right to live as free nations, to refuse injustice, and to oppose imperialism in all of its manifestations.

Sixty years ago, we declared the Asian-African solidarity in our fight for independence, prosperity and justice for our peoples.

That is the flame of the 1955 Asian-African Conference. This is the essence of the Bandung Spirit.

Now, sixty years later. In a different global situation, the colonised nations have gained their independence and sovereignty, but our struggle is far from over.

The world that we inherited today is still fraught with global injustice, inequality and violence.

Our common dream of a new world civilisation based on social justice, equality, harmony, and prosperity, has yet to become a reality.

Global injustice and inequality are clearly on display before us.

When a group of rich countries think that they could change the world by the use of force, then global inequality clearly brings about misery, of which the United Nations looks helpless.

The use of unilateral force without a clear UN mandate, as we have witnessed, has undermined the existence of our common world body. Therefore, we, the nations of Asia and Africa, demands the UN reform, so that it could function better, as a world body that puts justice for all of us before anything else.

For me, the global injustice feels more suffocating, when the Bandung Spirit, that demanded freedom for all nations of Asia and Africa, still left one outstanding debt for six decades. We, and the world, still owe it to the Palestinian people.

The world is helpless before the suffering of the Palestinians, who live in fear and injustice, due to years of occupation.

We cannot turn away from the misery of the Palestinians. We have to continue to fight with them, to support the birth of a free Palestine.

We also feel the global injustice when a group of established nations are reluctant to recognize that the world has changed. The view that the world economic problems can only be solved by the World Bank, the International Monetary Fund, and the Asian Development Bank, is an outdated view.

I am of the view that the management of the global economy cannot be left only to the three international financial institutions. We must build a new global economic order, that is open to new emerging economic powers.

We push for a reform of the global financial architecture, to eliminate the domination of one group of countries over other countries.

The world needs a collective global leadership which is exercised in a just and responsible manner. Indonesia as a new emerging economic force, as a country with the largest moslem population on earth, and as the third largest democracy, stands ready to play a global role as a positive force for peace and prosperity. Indonesia is ready to cooperate with all parties to fulfill that noble goal.

Today and tomorrow, we gather here in Jakarta to respond to those challenges of global injustice and inequality.

Today and tomorrow, our people awaits for the solution to their problems.

Today and tomorrow, the world awaits our steps in bringing the Asian and African nations to stand in equality with other countries in the world.

We can do all that by bringing the Bandung Spirit down to earth, by contextualizing the three core objectives that our predecessors had fought for sixty years ago.

First, prosperity. We must cooperate closely to eradicate poverty, improve education and health services, promote science and technology, and provide jobs for our people.

Second, solidarity. We must grow together, by increasing and expanding trade and investment between us. We must develop inter-regional economic cooperation between Asia and Africa, by helping each other in strengthening connectivity among us, by building infrastructures that connect our ports, our airports, and our roads. Indonesia will strive to be a maritime bridge that connects the two continents.

We must work together to withstand the challenges of violence, conflicts, and radicalism in our society, and respect and protect our peoples rights. We must declare war against illegal drugs that destroys the future of our children.

We must resolve internal and external conflicts that hamper our economic development. In this context, Indonesia will initiate a special meeting of the countries of the Organization of Islamic Cooperation (OIC) to find solutions to various conflicts which plagued the Islamic world.

We must work hard to establish external stability and security which are prerequisites to development in each country. We must cooperate to ensure that our oceans, our seas, are safe for international trade. We hope that no inter-state conflict and dispute is resolved through the use of force.

These are the challenges before us, the solutions of which need to be found during the Asian-African Conference in the next two days.

Allow me to use this forum to express my conviction, that the future of the world rests with the countries around the equator, in our hands, the people of Asia and Africa.

Therefore, in the Name of Allah the Merciful and the Compassionate, Bismillahirrahmanirrahim, I declare the 2015 Asian-African Conference officially open.

May God Bless Us All.

President of The Republic of Indonesia