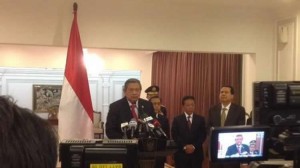 President Susilo Bambang Yudhoyono (SBY) assessed that regional-head election (Pilkada) by the Regional House of Representatives (DPRD) as decided by the National House of Representatives (DPR-RI) in its plenary session which ended on Friday very early morning (26/9) is even worse than the direct regional-head election with improvements.

The election processes in the DPRD could be transactional. The candidates for the posts of governors, regents, and mayors will be nominated by the General Chairmans of the Political Parties, President SBY wrote on his personal twitter account @SBYudhoyono some time ago.

The ten points of improvement on the direct regional-head elections which President SBY and Democrat Party propose are as follows:

1. The direct regional-head elections must be administered with public review, so that any candidates who are proved to have low integrity and low competence, or those whose participation in the election relies on their family relationship with the incumbent regional heads, can be prevented from being nominated.

2. The budget for the regional-head elections must be used efficiently or even must be cut significantly if the budget is considered to be too big.

4. The campaign funds and spending must be accounted for, including social funds which are proved to be often misused, in order to avoid corruption.

5. Money politics must be strictly prohibited, including bribing voters in the early morning (the so-called dawn attack) and paying the political parties which nominate the candidates. Many candidates commit corruption, in order to pay back these kinds of extra spending.

6. Slanders and black campaigns must be strictly prohibited because they mislead the public. Legal sanctions must be imposed on those who organize such campaigns or spread political slanders.

8. Dismissal of any bureaucratic officials after the regional-head elections take place, on the reason that they did not support the candidates, is prohibited.

9. Any disputes related to the regional-head elections must be settled accountably and in such a simple but reasonable manner. Strict internal supervision is crucial to avoid corruption.

10. Violence must be avoided and the candidates must be held accountable for their supporters legal compliance. Many supporters were reported to commit vandalism because of dissatisfaction with the results of the elections.

Those are the ten points of improvement which must be contained in the new law concerning regional-head election. Those who violate the law must be punished strictly, President SBY said.

I am still consulting the team of experts in constitutional law about what constitutional steps I must take, President SBY said and then added that one option that he can take is to issue a Government Regulation in lieu of Law (Perppu).

President SBY asserted that he will keep fighting, now and then, because he considered that the regional-head election by DPRD is even worse than the direct one with improvements.

Lets pray that this process will go smoothly for the sake of democracy we are aspiring to, President SBY concluded. (ES) 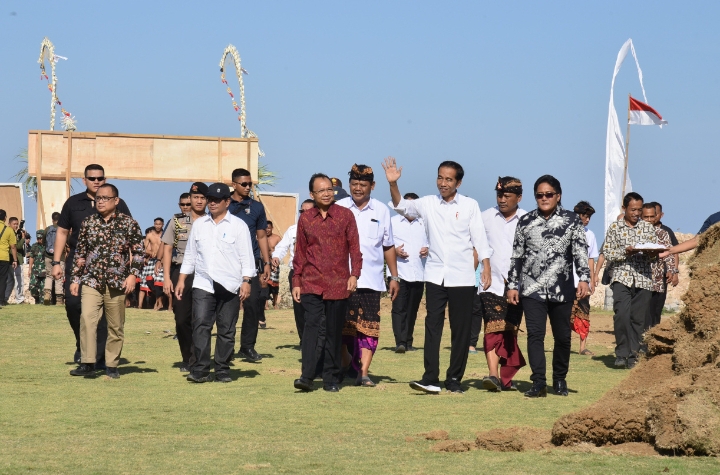